Juuling, Vaping, and E-Cigarettes: Are They Really That Bad?

E-cigarettes are all the rage among young adults and teens these days. Everywhere you go you will see someone inhaling something from an electronic device and exhaling what appears to be white smoke. It smells sweet or fruity. “What is that?”, you may wonder. This new trend is called “Vaping”. Named so for the vaporizing of nicotine extract.

Nicotine, in the form of tobacco, has been a favorite drug in almost all cultures for thousands of years. E-cigarettes are the newest delivery system of nicotine to hit the market. We live in a high-tech society in the 21st century, so the popularity of the electronic nicotine vaporizer (“Vape” for short) makes sense.

The e-cigarette idea has been around since the 1930’s. The first e-cigarette to be commercially successful was created by a pharmacist named Hon Lik in China around 2003. Hon Lik created the e-cigarette because his father died of lung cancer due to smoking. E-cigarettes are touted as safer than commercial cigarettes. The claim is that electronic cigarettes put less tar into the lungs than traditional smoking.

There are literally hundreds of brands of electronic cigarettes on the market today. They include the Juul, Vuse, Fogg, Epuffer Magnum and the list goes on… The Juul is currently one of the most popular brands. It is comparable to cigarettes in its nicotine content and has a faster delivery than other vaping devices.

The Juul was reportedly created to help adult cigarette smokers kick the habit. Those who use the Juul call it Juuling instead of vaping, but it’s virtually the same thing. It has been found that most adult smokers have never tried Juuling/vaping.

Instead, the majority of e-cigarette users are found in high school and middle school. E-cigarette use rose 48% among middle school aged children and 78% among high school students between 2017 and 2018. This is a disturbing and growing trend. It’s also a trend the FDA does not take lightly.

Recently, the FDA (Food and Drug Administration) decided to ban the sale of flavored e-cigarettes. This is due to their appeal to minors. Surveys have shown that minor’s prefer flavored vape products with no nicotine over unflavored options with nicotine.

How Do E-cigarettes Work?

The battery powered device heats a liquid containing nicotine, flavors and additives into an aerosol form. The user then inhales this vapor. The vapor delivers the nicotine to the lungs of the user just like traditional smoking but there is no smoke. Instead, the user exhales a mist that looks like smoke. There is no burning of tobacco.

The electronic cigarette devices can be reusable or disposable. The most popular ones are reusable. Once the device is purchased, the user only needs to buy the liquid cartridges. Each cartridge contains nicotine equivalent to one pack of cigarettes. There are non-nicotine options as well.

The Effects of Vaping (What We Do Know)

E-cigarette solutions contain many ingredients. The chemical additives used in these solutions include propylene glycol, diacetyl and glycerin. Propylene glycol, diacetyl and glycerin are known to cause lung irritations and inflammation. Other chemicals include acetoin, formaldehyde and 2,3-pentanadione. These chemicals not only cause inflammation but can potentially change DNA.

According to an article by Doctor Axe, studies have shown increased levels of compounds that are damaging to DNA in the saliva of e-cigarette users. Researchers believe this will lead to an increase in cancer rates.

There are many dangers associated with vaping. One of which are the effects of the carrier product, propylene glycol. Propylene glycol is most commonly used in the production of polymers in plastics and in food processing.

It is found in many processed food items. These items include liquid sweeteners, ice cream, and whipped dairy products. It is also used as a carrier for various inhalant pharmaceutical products.

Propylene glycol is a sticky, colorless liquid. When heated, the chemical composition of propylene glycol breaks down into acetic acid, lactic acid, and propionaldehyde. These chemicals are extremely toxic to tooth enamel and the soft tissue in the mouth.

Propylene glycol is also hygroscopic. This causes the water molecules in saliva and oral tissue to bond to the propylene glycol molecules. The bonding of these molecules results in a condition known as Xerostomia, or “dry mouth.” Dry mouth leads to an increase in cavities, gum disease, and other oral health issues.

Vegetable glycerin is another component of e-cigarette solution. It is a colorless, odorless, sticky, sweet-tasting liquid like propylene glycol. It too has many applications. In the food industry, it is used as a moisturizer, solvent, and sweetener. It is 60% sweeter than sucrose. Vegetable glycerin is not metabolized by bacteria. Because of this, it causes an increase in cavities.

Very fine particles from e-cigarette aerosol can get lodged into the lungs. This increases the chances of infection. VOC’s (volatile organic compounds) and heavy metals such as tin, nickel and lead have also been found in e-cigarettes.

The most common signs of popcorn lung are wheezing, dry cough, shortness of breath, difficulty in breathing deeply and unexplained exhaustion. The scarring caused by this condition restricts the intake of oxygen to the body. This leads to other problems like poor circulation.

Why Are E-cigarettes Considered a Safer Alternative to Smoking?

There is ongoing debate on whether the use of e-cigarettes is safe. Vaping is considered safer than smoking, but how much? There are some pros but the jury is still out on whether the pros outweigh the cons.

Traditional smoking causes tar build up in the esophagus and lungs. This is caused by the carcinogenic combustion of carbon. This tar causes inflammation of the glands, the lining of the throat and the lungs.

This leads to scarring and a myriad of other major health problems. Severe consequences include stiffening of the aorta, heart disease and increased blood pressure. Some studies suggest that vaping with nicotine could have the same effects.

Second-hand smoke is another problem associated with traditional cigarette smoking. The mist exhaled from a vape does not pose the same threat to people in the vicinity of the e-cigarette user. The nicotine is absorbed by the user and the exhaled mist evaporates instead of lingering like smoke.

Vaping is also more socially accepted than smoking. Health authorities such as the American Cancer Society and the American Public Health Association do not criticize the use of e-cigarettes like they do with regular smoking.

These organizations support the use of these products. They feel that smokers should switch from smoking to a less harmful form of nicotine use. But, is switching from one unhealthy habit to a different one a good thing?

Vaping is relatively new and not much is yet known about the consequences of long-term use.  As of 2018, a coalition of agencies and institutes across the Department of Health and Human Services has been created to research the effects of long-term aerosol use.

If you are a cigarette smoker who can’t or won’t quit, you should switch to vaping instead. It has been shown that vaping does not put nearly as much tar into the lungs as smoking does. That is probably the only good reason to switch to e-cigarettes. Switching from one nicotine delivery system to another to kick the addiction isn’t logical though.

There is little to no evidence suggesting that vaping is a successful tool in the cessation of tobacco addiction. In fact, it may serve as a gateway for young people to become addicted to nicotine instead.

One way or the other, if you want to quit nicotine, you will have to face the symptoms of withdrawal. These symptoms include headaches, irritability, shakes, jitters, anxiety and changes in appetite. The good news is that there are offerings available to help ease the symptoms and it will only take about a week for the nicotine to be out of your system. From there it is all about changing the habit from a negative to a positive.

If you are not a smoker, you shouldn’t use e-cigarettes either. Your lungs are for air and nothing else. There are many far cooler things to do with your time than impede your health. Ultimately what it all boils down to is that you can do whatever you put your mind to! Besides, an oxygen tank won’t look good with any of your outfits… 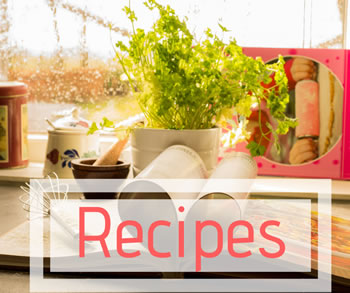 We will be closed for the week of Independence Day so everyone can enjoy their friends and family!